What to see in La Maddalena and Caprera 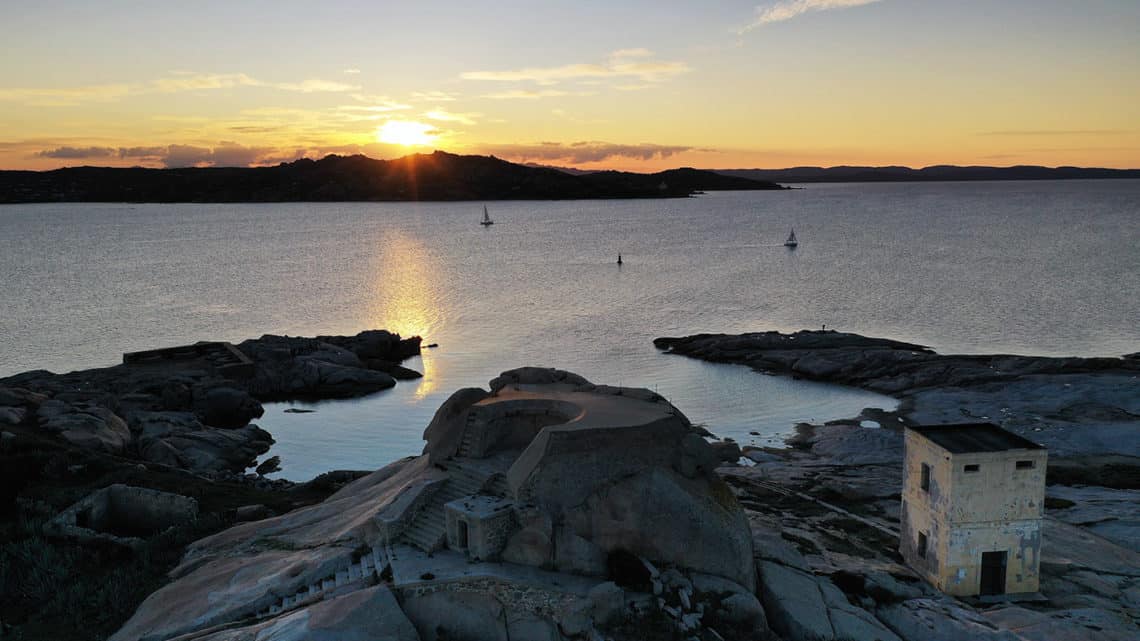 La Maddalena is one of the flagships of the Sardinia; it is an archipelago formed by the islands of Maddalena, Budelli (famous for its pink sand, now closed to the public), Spargi, Razzoli, Santa Maria, Santo Stefano and Caprera (which houses the house of Giuseppe Garibaldi).
My tour in Gallura it started in the best way, with a boat ride to discover these wonders.

Needless to say, the water of La Maddalena is wonderful, I do not deny that even if we were in the low season the temptation to dive was really great! In addition to the beautiful landscapes, however, we discovered some really interesting information, such as what are the tafoni. You know that? These are cavities that are created from the bottom to the top of the rock, most likely also used as shelters.

Another feature of the area are the rock formations that corroded by the wind take on the most varied forms ... you go from the witch to the bear and now all have been renamed. All this because it is a granite area, in fact there are several quarries where they found I work a lot of stonemasons. Maddalena is connected to the island of Caprera from a bridge, so once there, I suggest you visit them both. You know that in this part of the globe theHero of the Two Worlds Did you decide to spend the last years of your life? The big one stands out very well from the boat White House, or the home of Giuseppe Garibaldi, in which not only did he lead a peaceful life but in which he hosted and met several famous people. Today it has become a House-Museum, not far from which the Giuseppe Garibaldi memorialI personally liked this museum so much, carefully set up alternating multimedia projections with exhibitions that help the visitor to retrace the deeds of Garibaldi.

Another gem of the island of Caprera is the Village of Stagnali - one of the few inhabited centers, if not the only one - which boasts a small church in which many people from outside go to get married. in Caprera, in fact, the oldest sailing school in Italy is located, the Sailing Center of Caprera who organizes courses of several days to approach this beautiful sport in contact with the sea.I would say that starting in these waters is already something magnificent, what do you say?

Our car ride then went on to discover the wildest nature. In fact, we made a stop in a truly luxuriant forest and then moved on to a panoramic point from which you can enjoy an exceptional view and at the same time you are surrounded by an infinite expanse of fuchsia flowers (also called Garibaldi flowers).

Returning to the center of La Maddalena we strolled through the narrow streets admiring the particular wrought iron balconies and also greeting the statue of Garibaldi ... everything speaks of him.

After all these interesting discoveries we got back on board the ferry which in less than half an hour brought us back to Palau. The connections with Sardinia are in fact continuous. Having been out of season I was able to appreciate the island in the moment of calm, without the extreme influx of tourists and I really appreciated it, so I recommend you to think about it also for the spring and autumn season, excellent especially for trekking and walking enthusiasts. Obviously with the heat the activities are different, do not miss a tour of the islands by dinghy or boat…. if you don't have your trust in Mjtours, Captain Marco will accompany you with the "City of Chiavari" to discover the most beautiful corners of the archipelago of La Maddalena. Now the time has come to move to Sardinia and discover the part of the hinterland… ..the journey continues, Gallura we are coming. To the next adventures, Serial Traveler.

In collaboration with the Gallura Tourism Association

Source: Diary of a Serial Traveler

Search in the site